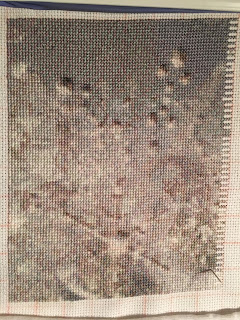 This one was a bit challenging because I couldn't quite see the pattern evolving.  It's easier now that I have a full page, I can see the tip of her ear.   But it was slow moving.  I also tried using the app EZPDF, but I found it arduous, particularly in the fact that it crashed every 15 minutes or so and heated up by iPad to a degree where I was scared it was going to fry it.  I've heard that this app works brilliantly on Android tablets, but Apple, not so much.

I've been using Goodreader, which is an amazing app, for those of you looking for a reliable app.  But it's one short fall is the search only allows you to search a singular symbol at a time, which isn't very helpful.  It's much easier to have a page of the same symbol light up, than a single one, which you are stuck hitting "next" over and over.   So I've tried a few more apps and I've found Documents by Reddie to be pretty good, however, I do think you need to have PDF Expert in order to get all of the bells and whistles, but the search feature works pretty well for iPad.

Maybe Goodreader will offer a better search feature in the future.  It's a brilliant app.

Also, I got my sister back into stitching after a very long break, which is funny, because she's the one who started me down this path when we were girls.  She's working on Annya Kai's "Fall Owl".  She's finished her first page and I thought I'd share her progress. 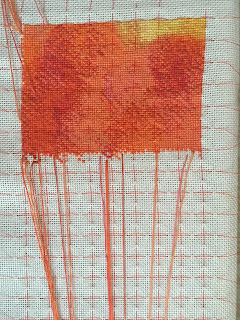 This is her first time working with grids and the parking method.  Give her some love, I know she reads this.

I'm now back on Adrift, which feels like welcoming an old friend.  It's been a while since I picked her up and I'm really enjoying her.   I'm off to Mexico in 3 days and I'm taking her with me.  I'm not sure how much stitching I'm going to do while I'm down there, but I plan on spending at least one day in a beach chair stitching the day away.

I hope to have an update of Adrift for you soon! 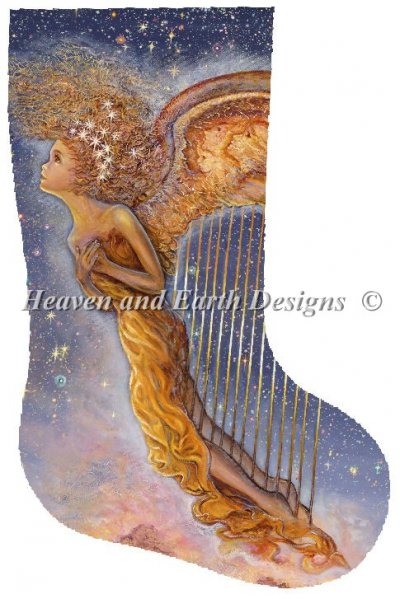 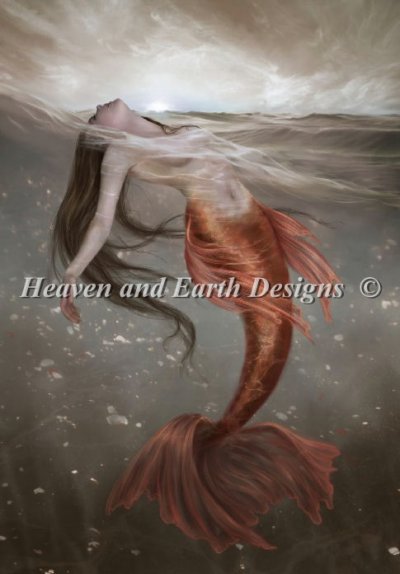 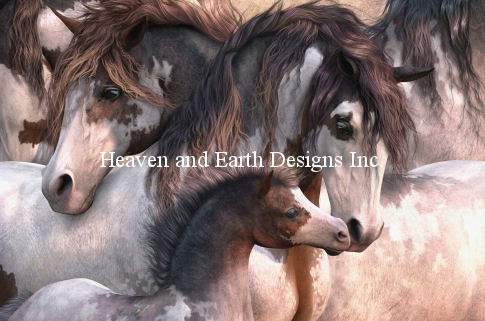